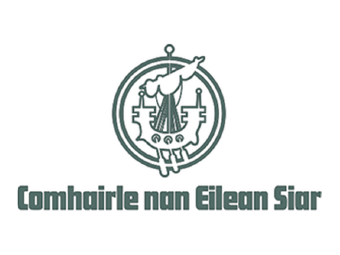 After being started by Hamish Moore in 1996, Ceòlas has grown from a week-long music and dance summer school into one of the leading Gaelic culture, heritage and art organisations in Scotland. As part of the work Ceòlas does to promote Gaelic, the organisation, in partnership with Lews Castle College UHI, is developing a state of the art centre for Gaelic culture, music and dance at Cnoc Soilleir, Dalabrog, South Uist.

Buttons and Bows is a Ceòlas project that helps to teach young people (as young as 8 years old!) how to play the fiddle and/or button box accordion. The project provides tuition and lessons to 50 young people across Uist and was set up to create fresh interest in the local styles of the two instruments among the local young people and classes are run all over Uist.

Ceòlas runs Gaelic classes at multiple locations across Uist and the venues and times for these can be found on the Gaelic Classes section of the Ceòlas website.

The Ceòlas 2020 Summer School will run between July 5th and 10th and will feature classes on Gaelic language, music and dance from professionals coming from all over Scotland and Canada. Guided walks, house ceilidhs, and village hall dances all provide extra learning and social opportunities to fill up your down time!

There are discounts for young people (14-17) and people who live in the Western Isles and some young people (16-25) can even have their place paid for them through the Highland music Trust!

Don’t forget: You get a 50% discount on tickets for the evening ceilidhs and concerts when you use your Young Scot card!

Beginning in January 2020 with the support of Bòrd na Gàidhlig and in partnership with Comunn na Gàidhlig, and Cothrom Ltd, Càirdeas Coimhearsnachd is a project that tries to help people of all generations learn Gaelic together through conversation and planned activities. The people involved in the project belong to one of three main groups; parents and children, teenagers, and fluent Gaelic speaking adults.

The fluent Gaelic speaking adults are paired with members of the other two groups in lots of different social situations and all three groups are brought together for joint gatherings and activities. By mixing fluent native speakers in amongst the learners, everyone involved gets a good amount of time in close contact with someone who can help them to develop their Gaelic skills and build up their level of fluency.

If you think this sounds like a project you want to be involved in, why not have a look at the Càirdeas Coimhearsnachd section of the Ceòlas website and fill out an application form?

Guthan an Iar is a song group that was started by Ceòlas after their involvement in the European Oral Song Tradition (EOST) in 2013/14. The group feature on the album ‘Gaoth an Iar‘, which also features pupils from Sgoil Dhalabroig (Dalabrog School), notable singers such as Peigi Lexy Chaimbeul, Màiri Flòraidh Hollister, Penny Burgess and more. Some of the songs sung on the album were even previously unknown to the wider public.

The group helps to continue its work within the community by learning and performing songs within the vernacular style and tradition of the local area and can be seen and heard at ceilidhs and concerts all over the islands.

If you want more information about Ceòlas and the work they do, head to their website.

Head back to the YS Gaelic landing page.