Bots exist everywhere online, and they can be good or bad! Find out how they are they used to spread fake news online, and how you can avoid being fooled by them. 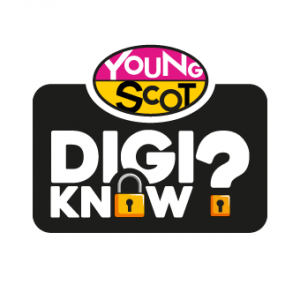 Bots are something you may have heard of through social media, or in the news, or perhaps you’ve chatted to one on your phone companies website when you wanted help understanding your phone bill, or through Facebook messenger to enquire about an item you’ve returned to a clothes shop.

Bots are used by many companies to help answer customer queries, but they are also used by some people for malicious reasons like spreading misinformation and fake news online.

Bots, also called internet robots, spiders, crawlers or web bots, are programmes that have been designed to do a specific task. Whether a particular bot is ‘good’ or ‘bad’, depends on what the person creating it has programmed it to do.

Some bots look through the internet and index websites so that they can be found by search engines, while others are used to interact with people through messaging and are referred to as ‘chatbots’. Organisations or websites often use these to answer common questions people may have online.

However, there are other bots that are malicious and these can come in different formats. Some bots function as malware that can gather passwords, find out your financial information or relay spam.

Internet security company Norton have some helpful information about these types of bots and how you can protect against them.

Bots are also commonly used on social media platforms. Many intend on spreading false information or promoting particular stories or information, sometimes in an organised way, to push a certain viewpoint or agenda. This can be in the form of sharing fake news.

What is fake news?

Fake news is a story or information that appears in either traditional media or online that isn’t true.

It could be that the information itself is factually inaccurate, but fake news can also be something which is, or was, actually correct but has been shared without context to mislead people into thinking it means something that it doesn’t.

This might mean exaggerating a particular part of a story without sharing the context or sharing a story that was accurate when it was written but is now out of date, without telling people that the information is no longer relevant or accurate.

TV, radio and print news outlets in place in the UK usually have to follow certain standards from either a regulator such as OFCOM and/or use a rigorous editorial process. That means the stories they publish are usually well-sourced and use information from real people or facts and figures from official studies or reports.

However, online these standards don’t exist on many websites or social media platforms which means it is easier for things that aren’t true to be published and spread using the internet.

It’s not always easy to tell if something is true or not at first glance, so it’s important to do some digging if you’re unsure. Check out our tips below for some steps you can take to help investigate something you have seen online that you think might be false.

How do bots spread fake news?

So how exactly does someone saying something false or writing an article, a blog post or a tweet that contains inaccurate or misleading information end up getting spread across the internet?

Sometimes, the answer is bots. On social media, these are automated accounts. Often they are made to look like a real person but are actually run by a bot that is programmed to send out specific types of information.

This can be done in a variety of ways, Twitter specifically focuses on behaviours such as:

How common are bots on social media?

It’s not always easy to tell whether someone on social media is a real person or a bot account. However, some research shows that bots are out there and they are not uncommon.

Twitter estimates that around 5% of accounts on the platform were bots. This figure has been under debate by the website’s new owner, Elon Musk, with a lot of discussion over what makes a ‘bot’ account on Twitter.

In 2021, Facebook said it blocked 4.5 billion accounts in the first nine months of the year, and that it caught more than 99 percent of those accounts before users could flag them.

TikTok has also reported that they removed 53 million fake accounts between January and June 2022.

So, with that in mind, it’s important to know how you can spot these.

How do I spot a fake news bot?

Think about the following if you’re not sure if an account is real or not:

If an account has no picture, an alias as a username (not a real name), spelling mistakes in the bio and no followers it could mean that it is someone who just wants to protect their privacy. However it could also be an account has only been created to promote others’ posts.

You can use a reverse image search on pictures such as a profile photo using search engines such as TinEye. If it appears in lot’s of places across the internet it may be a sign that it is a recycled image and not actually that person.

What content does the profile create or engage with?

If the account often retweets polarising stories and information, or has a history of tweeting fake news that’s another sign that it may be a bot.

What are they speaking about?

If the account is always posting about a specific trend or topic and uses the same hashtags all the time, it could be someone who is just really into one particular topic but it could also be that the account might be being programmed do this.

Even if there are red flags in all of these areas, it still doesn’t mean it is definitely a bot. However, if you are concerned that an account is spreading misinformation or is a bot you can report this on most social media platforms.

Find out more about staying safe online on our DigiKnow campaign page.