What is the UNCRC?

You may have heard the term ‘rights’ before, or even the UNCRC, but what exactly is it and how does it affect young people living in Scotland? 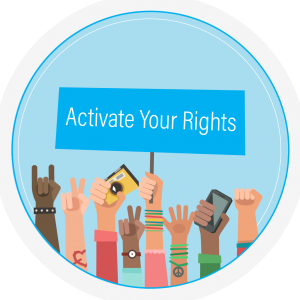 Go to all get-informed resources
11+
Rights and Identity

The United Nations (UN) is a group of 192 countries, which holds gatherings where they write conventions or agreements to say what the countries that are members need to do in order to make a collectively fairer and more peaceful world.

The UNCRC is the United Nations Convention on the Rights of the Child. It was agreed and signed by countries in the UN in 1990 with the aim to recognise the rights of children and sets out that they should be protected and promoted in all areas of their lives. The rights belong to everyone up to the age of 18 in the UK, although in some countries this age is lower as they define childhood as ending at an earlier age.

You can read all the rights in the UNCRC on the Children and Young People’s Commissioner website.

‘Rights’ are things that every child should have or be able to do. There are lots of rights laid out in the UNCRC, which are known as articles. There are 42 articles which talk about children’s rights.

From the right to a name, the right to privacy and the right to housing and food, almost every country has agreed to recognise the rights in the UNCRC, one notable exception being the USA. All the rights are connected to each other and are equally important.

Article 42 in the UNCRC says that countries have to make sure that children know what their rights under the UNCRC are. The UNCRC is available in Arabic, Chinese, English, French, Russian and Spanish so that as many people as possible can read and understand it.

What does it mean for young people in Scotland?

In Scotland, the rights set out in the UNCRC are often upheld by different laws, and Scottish Parliament is current working to make sure all rights in the UNCRC are covered by Scots Law. This is called the incorporation of the UNCRC.

To help keep some of the promises made to young people about their rights, the Scottish Government set up the Children and Young People‘s Commissioner Scotland (CYPCS – sometimes called the Children’s Commissioner) in 2003 and the UN Committee on the Rights of the Child monitors whether the UNCRC is being upheld in the UK.

At the moment, Scottish Government are currently working to incorporate the UNCRC into Scots Law, which you can hear more about from the Children and Young People’s Commissioner. Scotland is to introduce new laws that provide legal protections of these rights in Scots Law.

The Children and Young People’s Commissioner works to protect and promote young people’s rights in Scotland. The Scottish Youth Parliament also exists so young people can represent their views to decision-makers and MSPs and ensure their rights are promoted and protected.

If you would like to find out more about your rights, you can look at the UNCRC and more information about it on the Children and Young People’s Commissioner website and explore more Young Scot information about rights.

Visit the Activate Your Rights homepage to find out more about your rights.