Why sanitary products should be free – By Tamzin

In North Lanarkshire, sanitary products are available freely.  You can find out more about where to pick them up on the free period products page at northlanarkshire.gov.uk and use the interactive map of locations on the  North Lanarkshire Council website.

Tamzin, one of our young ambassadors writes about why period products should be free and considers the implications both here and across the world. 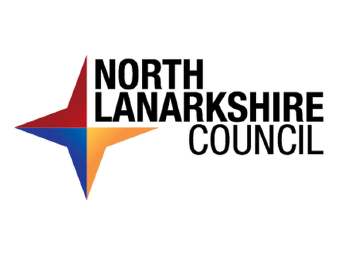 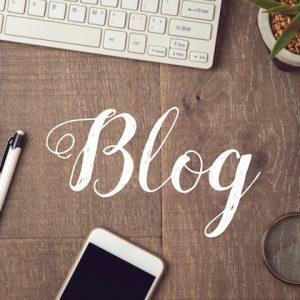 Go to all youth-voice resources
All ages

I have chosen to write about this topic as I feel strongly about it. It’s unfair how females need to pay for sanitary products when people who are living in poverty may have trouble getting access to the products they need. It should be a right that every female has access to a pad/tampon when they need it.

Some people may not have had enough time/money to go to a shop to buy sanitary products and could have gone to school/ work without them. When they find out they started their period they may not be able to find one in their school/ work and would start feeling stressed about it. They may spend their day asking people for a pad/ tampon and if they can’t find any, and they can’t leave their school/ work to get some, they may have to go home. This could interrupt their education/ work severely, which would cause them more stress and problems.

If a girl is on her period and goes to school without a sanitary product she may be distracted/ stressed all day. Which again, could interrupt their education.

Some teenagers find it embarrassing to ask for money for sanitary products, if they were free they wouldn’t need to ask and could get some whenever they need them, which would make them feel less embarrassed.

In Scotland, there has been a policy made that schools and public places have to be supplied with sanitary products, Scotland is one of the first countries to do this. The Scottish government gave £5.2 million away to support and allow this policy to take place. A survey, taken by over 2000 people in Scotland, revealed that one in every four young females in school has struggled to get access to sanitary products. Approximately 10% were unable to afford sanitary products and around 15% struggled to afford them. Ever since the UK left the EU, ministers have been saying/ trying to get rid of VAT on sanitary products, this would reduce the price and make them relatively cheaper. This policy helped a lot of females who don’t have access to sanitary products be more hygienic and allowed them to get their full capacity of education. Therefore, countries all around the world should adopt this policy. The positives outweigh the negatives. Plus, it wouldn’t take that much money, time or effort to achieve.

Why should females pay money (money that could be spent on other important things like food, bills or transport) for sanitary products when we don’t get a choice for periods? We don’t get to decide not to have it, we have to go through most of these symptoms every month- cramps (cramps that can be so severe they can keep you awake at night), acne break outs, bloating, headaches or mood swings. How is it fair that we need to pay money for something that we didn’t ask for/ something that we don’t want?

Sometimes sanitary products are quite expensive. Which isn’t fair to people who live in poverty as they may not be able to afford them. People may be struggling with money enough never mind spending money on sanitary product.

It is estimated that females spend around £13 on pads/ tampons, £8 on new underwear (depending if they need it or not), £4.50 on pain relief and around £8 on luxury items eg entertainment/ food, which adds up to around £33 every month.

Which means females spend around £400 on their periods every year. The estimated price may vary, although it is still quite a lot.

People with money problems may struggle to buy pain relief and spend their money on pads/ tampons instead, which may cause them to be stressed, distracted or in pain during school/ work. Which could again, take time out of their education/ work. Although you can get a pack of Tampax for £1.90 or a pack of always ultra-long sanitary pads for £1.50, that will last a couple months, there are many people out there who cannot afford even that small amount.

If sanitary products were free there would be many people who would spend less money on replacing pants/ leggings/ trousers as there would be less people who wouldn’t have a pad/ tampon, which would mean less leakages. By making pads and tampons free, it would not only save money from buying them, but it would also save money from buying new pants/ leggings/ trousers. An estimation of around 20% of industrial water pollution is from garment manufacturing, which contributes to climate change. As making sanitary products free would mean less people would be buying new pants/ leggings/ trousers, it would also help with the pollution from the machines that make them.

If a female doesn’t have enough tampons and decides to ration her use of tampons, she might get Toxic Shock syndrome (TSS). TSS is an infection that can happen if a woman leaves her tampon in for too long, this gives germs a chance to grow and causes an infection. You should change your tampon every 4-6 hours to prevent this. Some girls may not be able to do that as they might not have access to enough tampons. Symptoms of toxic shock syndrome include- high fever, vomiting, diarrhoea, muscle aches, dizziness, and rash.

Overall, it is more hygienic if you have enough fresh pads/ tampons. Females should be able to change their pad/ tampon every couple hours.

To conclude, sanitary products should be free in every country around the world. It would be better for poverty, hygiene and overall females education/ work. Scotland has managed to do it, other countries can too.