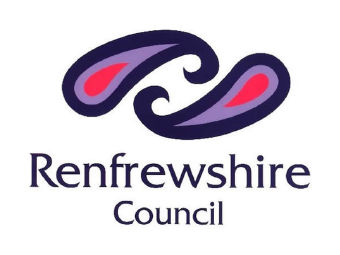 Go to all get-informed resources
All ages
Rights and Identity

A blog piece written by RYV’s Adrian looking at the changes in Scottish society for those who identify as LGBT+.  Please check out the links at the end of the blog.

We at RYV wanted to write a blog post to mark the end of Pride month. As a history graduate, I naturally wanted to convey how far Scottish society has come in terms of its attitude towards homosexuality whilst recognising the work those have done before us to get us to this point. I wrote this article talking mainly about gay and bisexual men from the perspective of a gay man myself ? I feel it would only be right for any future article that covers lesbian and bisexual women to be written by a woman who identifies as such. Not only this but my knowledge and understanding of Scottish gay history is limited to the extent covered by my studies, which focused only on gay and bisexual men.

For many people, young or old, who live and work in urban Scotland the sex of those who they love no longer weighs as heavily on the minds of gay and bisexual men.

We are fortunate to live in a country where in our recent history 3 out of the 5 elected leaders of the political parties within the Scottish Parliament identified as either homosexual or bisexual. Not only this, but David Mundell, the Secretary of State for Scotland from 2015 – 2019, who is also a Scot, identifies as gay. With such representation of LGB individuals at senior levels of Scottish politics it perhaps may be no surprise that Scotland was ranked the most inclusive in Europe for LGBT+ equality and human rights legislation, meeting 92% of the International Lesbian, Gay, Bisexual, Trans and Intersex Associations 42-point criteria. (1) With all this said many of Scotland’s young gay or bisexual men may be forgiven for underestimating how far Scottish society has truly come.

Whilst homosexual relations carried out in private between two consenting men was made legal in England and Wales in 1967 via the Sexual Offences Act of 1967, Scotland found itself omitted from this piece of progressive ? albeit limited – legislation. This disparity occurred as parliamentarians and public figures such as James Adair, a procurator-fiscal and elder of the Church of Scotland, railed against changing the law in Scotland. Not only did the failure in 1967 to decriminalise homosexual acts in Scotland maintain the illegality of homosexuality but it also prolonged a culture of severe and acute isolation. Historical accounts have shown how gay and bisexual men didn’t know or understand what homosexuality was as ?it wasn’t talked about?. (2) Thus, aimlessly experiencing feelings and thoughts they could not reconcile with popular representations they saw in society or in the tabloid and televised media. This can be seen by the following testimony from a Glaswegian named Chris born in 1958 stating:

?I think I picked up a sense that I was different from an early age but [?] I don’t know if when I look back on my childhood if I knew what that difference was, or could name it or put a name on it?

Chris also experienced a disconnect from the ?extreme caricatures? that he saw displayed in the media as representations of homosexual men. Thus, it is clear that growing up gay or bisexual in late 20th century Scotland is worlds apart from the country we know and appreciate today as being largely gay friendly.

However, by 1980, 13 years after the Sexual Offences Act was passed into law, legal equity was achieved by the introduction of the Criminal Justice (Scotland) Act of 1980 in part thanks to a Scottish campaign group called the Scottish Homosexual Rights Group. The Criminal Justice Act consequently legalised private homosexual acts between two consenting males in Scotland.

The late 20th century for those who grew up in or lived through it was arguably a progressive yet turbulent period for LGBT rights with Section 28 of the 1988 Local Government Act being a retrograde step under the Thatcher administration: outlawing the teaching/promotion of non-heterosexual relationships. Yet, despite this from the 70s organisations such as the Scottish Homosexual Rights Group helped tackle isolation through branch meetings and socials which aided in the development of an increasingly visible gay culture. From the 70s (and especially the 80s) onwards as confidence was built around the commercial viability of catering to the gay community and an increasing number of gay pubs, clubs and discos helped to tackle isolation and societal attitudes. Even establishing clubs or bars like Delmonica’s and The Polo Lounge in Glasgow that are still around to this day.

If societal attitudes weren’t enough to keep you in the closet in 1970s/80s/90s Scotland then the unprotected status of lesbian, gay or bi workers (employees) may have. From the 70s, and even earlier, right through to the turn of the century, gay and bisexual men could be dismissed from their place of work as a result of their sexuality. With this being a policy actively pursued by the UK Government with regard to those serving in the armed forces. Public attitudes weren’t much better with a Gay News poll finding in 1975 that 48% of those surveyed believed there should be curbs on gay men working in medicine and teaching. (3) It is a sad fact that this persisted for much of the late 20th century. In fact, if it wasn’t for the European Union employment protection for gay and bisexual men may have materialised a lot later than it did in the early 2000s. With research showing that gay and bisexual men gravitated towards the relative safety of certain professions, limiting their career options and social mobility. It is clear that the discrimination that gay and bisexual men faced was not just social in nature but also occupational.

Many of these issues outlined above seem, rather thankfully, very foreign and distant to those of us who identify as gay or bisexual men today in Scotland ? or more so for the younger generation of gay and bisexual men. That is not to say that with new levels of acceptance doesn’t come new problems, however, it is with much thanks to those who have come before us, such as the members of the SHRG, that we can enjoy an almost equal footing with our heterosexual peers. It is this perspective which I argue should not be lost. And even today more has to be done to make sure that being gay isn’t the butt of a joke, the same way that being straight isn’t either ? and quite rightly so ? as well as to rectify many more issues that this article cannot possibly begin to cover. Nevertheless, the point of this article is to stress that despite how relatively liberal Scotland is now for gay and bisexual men, if you were to travel back 50, 40 or even 30 years in Scottish history, it would become evident that the picture was very different not so long ago.

RYV recognise that a significantly higher amount of young people who identify as LGBT+ access to mental health support and information.  The effects of Lockdown may have increased this.  If you feel you would like more information and want some support, please check out the links below.

Stonewall Scotland also have help and advice as well as a directory of organisations that might be useful for you during the pandemic and its effects.  Click here

Seeing you are already on the Young Scot platform, how about checking out Young Scot’s Aye Feel campaign here  There’s loads of information and suggestions to support your mental health and wellbeing.