Haleema on... Why We Need Feminism

Haleema, age 14 from East Dunbartonshire, and from the Young Scot Content Collaborators Panel, shares her passion for equality in this blog focussed on the history of the feminist movement and why we still need feminism today. 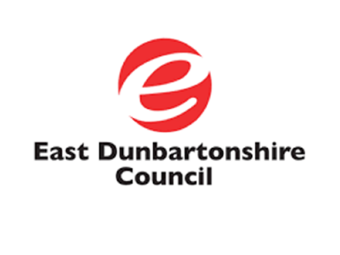 I believe that feminism is about supporting and empowering women to have their voices heard. Feminists do not believe women are better than men or that women deserve special privileges.

Everyone should have equal political, economic and social rights.

According to the International Women’s Development Agency, based in Australia:

“Feminism is about all genders having equal rights and opportunities. It’s about respecting diverse women’s experiences, identities, knowledge and strengths, and striving to empower all women to realise their full rights. It’s about levelling the playing field between genders, and ensuring that diverse women and girls have the same opportunities in life available to boys and men.”

How did feminism come about, you ask?

Well, prior to the industrial revolution, women had what were deemed as ‘traditional’ jobs – like sewing and repairing clothes, domestic work in wealthy homes and raising the children.

However, as the industrial revolution progressed, more women were required to enter the workforce and further support their families. Women would work in factories and mines with dangerous working conditions. For example; some women workers were required to haul carts of coal up mine shafts with a strap attached to their waist, and in return, received very poor pay.

Women were carrying out work considered too dangerous for them, but deemed necessary once there were labour shortages. Unfortunately, the safety of women wasn’t a concern. Frequent experiences of young women in coal mines included sexual harassment and rape.

The 4 Waves of Feminism

Some early feminists we’re taught about, who were called the Suffragettes, were very concerned with the way that women were being treated and were determined to do something about it. They fought for workplace equality, the right for women to have property, the right to divorce and the right to vote – which were all things the women didn’t have rights to at that time, in the early 20th century!

Mass demonstrations, newspaper publishings, organised debates and the creation of international women’s organisations were all part of this first wave of feminism. As a result, women were eventually given the right to vote in most European countries and North America in the 1920s.

However, the Suffragettes fought a long hard battle as they were beaten, tortured and force-fed in prison. They were also depicted by the media at that time as unattractive, un-feminine, ‘men haters’ who either neglected their families and husbands or were incapable of getting a husband. Men who supported them were mocked as well.

There was a resurgence of feminism in the 1960s, in which different feminist groups focussed on different things to achieve women’s liberation.

This movement resulted in the drafting of the Universal Declaration of Human Rights and the Convention on the Elimination of all forms of Discrimination Against Women in 1979.

At that time, feminists were stereotyped by many media outlets as men-hating and unhappy women.

The third wave of feminism in the 1990s was characterised by increased awareness and acknowledgement of overlapping categories such as race, class, gender and sexual orientation which was missing from earlier forms of feminism. Third-wave feminists were concerned about many issues which include sexual harassment, domestic violence, the pay gap between men and women, eating disorders, body image and honour crimes.

Yet again, these feminists were represented by the media with the same demonising arguments.

The current fourth wave of feminism is referred to as Cyberfeminism and uses modern technology such as the internet to mobilise people to take action against sexism, misogyny or gender-based violence against women.

If it wasn’t for past feminist movements, who knows where we would be today?

So, has feminism gone too far?

It appears to me that it hasn’t gone far enough. We still need feminism because although there are rising numbers of women in the STEM workforce, Johnny Wood who is the senior writer for World Economic Forum argues that only ‘30% of the world’s researchers are women.’

Most importantly the Independent Newspaper in January 2020 stated that women are still missing out on top jobs across a variety of sectors. The Fawcett Society, which campaigns for gender equality and women’s rights, indicated that there was an alarming lack of women of colour across ‘top jobs’.

Less than a 1/3 of the UK’s top jobs are filled by women.

Current and future generations should be taught that feminism is about equality, fairness and empowerment. We need to learn about the women who have worked hard to get us here today and those who continue to work hard to achieve full equality.

I agree with the young feminist Jovana Krstevska who argues that feminism has unfortunately been represented in an awful way. She states the solution for this is that we need to ‘work towards an equal future, where we teach new generations how hard feminists have worked to bring us where we are today and how hard they will have to work to fulfil the ever longing wish for equality.’

It started with women who believed in equality, it doesn’t end here. We need to push further, reach higher and remember that we are not alone.

Check out more blogs and content created by young Scots on the issues that matter most to them, and submit your own blog pitch on our Youth Voice page.

Use the code 8KKQF95G and claim 25 Young Scot Rewards points for reading this article.