Fleur, age 24 from Edinburgh, and from the Young Scot Content Collaborators Panel, chats all about charity shops. She has several years of charity retail experience, volunteering at Sue Ryder Care and working at Cancer Research. 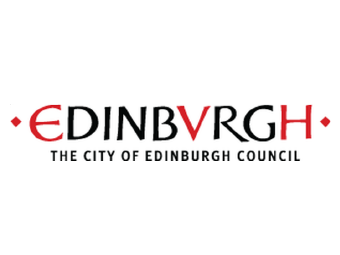 Well done! You’ve finally gotten round to having that spring clean that’s been on your to-do list since the Stone Age. You’ve piled up all the gear you don’t want, and… what now? Time to hit your local charity shop?

“I can’t donate clothes which are broken, ripped or stained”

Charity shops often accept knackered clothes and get a little money from them as “rag”. Rag usually gets sent to developing nations.

If you’re donating clothes in a not-so-great condition, put them in a separate bag to other donations and label the bag “rag” so volunteers don’t have to go through the contents. It’s worth doing as you’re assisting a good cause and helping the environment.

“Charity shops will accept all donations”

Charity shops are always exceptionally grateful for your generosity. They wouldn’t be able to run without donations. But there are a few things they can’t accept for Health and Safety, legal and ethical reasons. It varies from charity to charity and shop to shop.

Charities can’t sell anything that can be used as weapons. I’ve refused donations of sharp objects, like a bag full of hand saws, and the donor was quite miffed! They also don’t accept medicines and eyeglasses. Eyeglasses can be brought to opticians who send them to charities aiding people in developing countries. Charity shops don’t accept food, though animal charities like Cats Protection collect pet food. And speaking of animals, many charities don’t take taxidermy, animals in resin or modern ivory. So, you might have to hold on to that stuffed parrot your nan brought back from her holidays.

When donating, it’s worth considering what the charity aims to do and whether your items are in line with these goals.

For example, because of the relationship between cancer and alcohol, some Cancer Research shops are reluctant to sell items glorifying booze, such as “Insert Beer Here” shirts, but might accept wine glasses. The same is true of cancer charities and smoking paraphernalia.

Lots of charity shops generally won’t accept kids’ dress-up clothes, life jackets, car seats, wheelchairs and helmets as there’s no guarantee that they are safe to use second-hand. But local charities or shelters might be able to take some of these items.

They also may not accept bicycles and prams although Cats Protection might if they’re in good nick, as they seem to have a rigorous testing procedure.

Give your local shop a ring or check out their website. If you’re in the shop, you can ask volunteers or staff what they do or don’t accept.

If you’ve got a lot to donate or big items like furniture, it might be good to check with the shop first to see if they have space to take it. Some charities, such as British Heart Foundation have specific stores to resell furniture, for example.

Be aware though, that sometimes – especially around holidays, or when neighbouring charity shops are closed, or there’s few staff to sort contributions – the donations in the shop are packed to the rafters and accepting any more would be a Health and Safety hazard. This is especially true post lockdown, where people have had nearly an entire year (or more!) of spring cleaning, so it might be hard for charities to cope with the extra goodies.

That means, now and then, your donation can’t be accepted.

“I can’t leave my donation outside the shop”

You should always bring a donation into the shop, and shops often have signs on the door to remind donors not to leave anything outside, especially overnight.

Donations left outside are at risk of theft, arson and damage from weather. Sometimes birds pull them apart hoping for scraps. Sometimes dogs pee on them. The donation will likely not be Gift Aided, which is a missed opportunity to help the charity more.

You also shouldn’t leave donations outside the shop because volunteers often want to say thank you face-to-face as donating is a lovely, kind thing to do!

“Gift Aid means I have to pay money”

There seems to be a lot of confusion surrounding Gift Aid. It’s a scheme set up by the government which many charities, big and small, take part in. It’s a brilliant way of further helping the charity you feel passionate about.

The money is taken from your taxes – so, instead of going to the government, it goes to charity. As long as you’re paying more taxes than the value of your donations, which is probably the case, you don’t pay a penny and you help the charity even more.

If you want more information, talk to volunteers or staff in the shop.

Find out more about how Gift Aid works on Gov.UK.

“Signing up to Gift Aid is easy”

Yep, it definitely is! Talk to a member of staff and they’ll present you with a form that takes 30 seconds to fill out.

You even get a Donor Card which you can bring along for your future donations. Each different charity has a different Gift Aid database. If you’ve signed up at Shelter and you are donating to Marie Curie as well, you’ll need to sign up again. This is down to data protection but you only need to fill in the form once per charity.

If you’ve signed up already and are coming in with another donation, the shop needs to link your name to your existing Gift Aid account. Show your Donor Card to the volunteer, or if you’ve forgotten it, give them your surname and postcode.

If you’re sure you’ve signed up for Gift Aid but you know you’ll be short of time in the shop, stick a label on your donation at home with the Gift Aid Donor Card number and/or surname and postcode already on it.

Check out more blogs and content created by young Scots on the issues that matter most to them, and submit your own blog pitch on our Youth Voice page.

Use the code D32WO817 and claim 25 Young Scot Rewards points for reading this article.